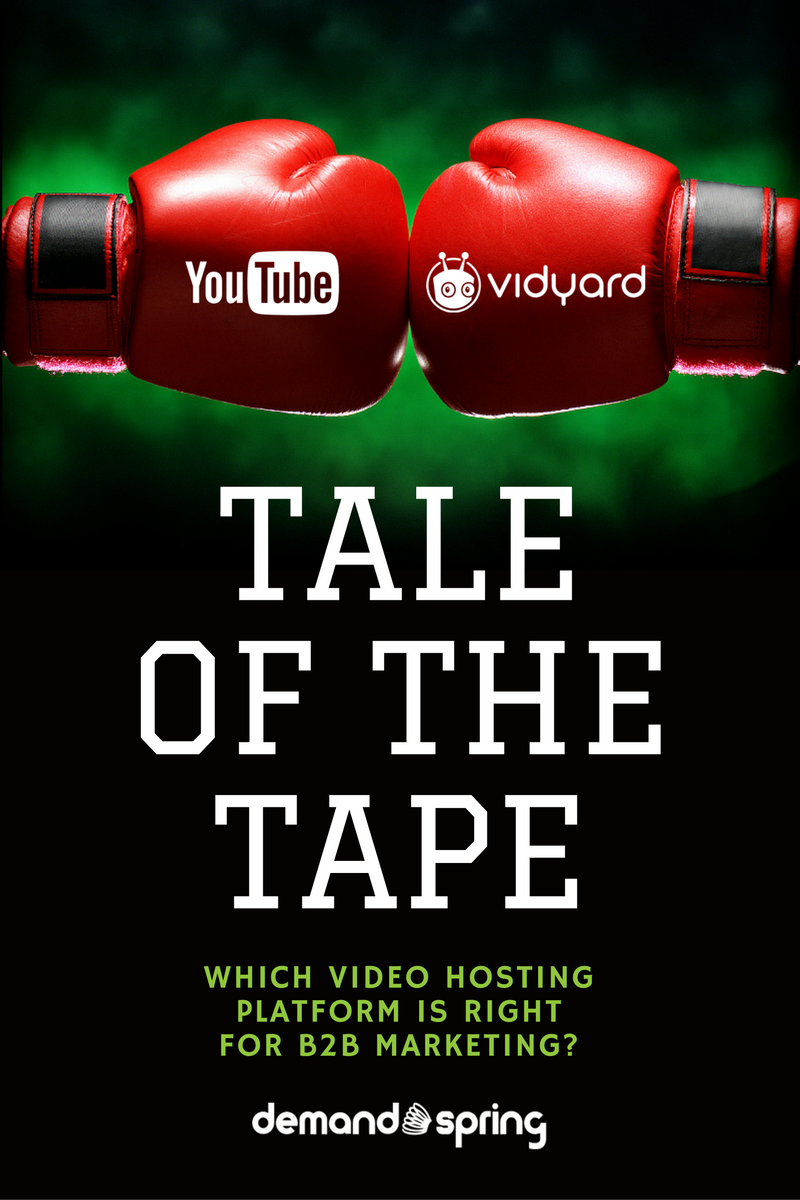 “Which B2B video marketing platform is better? YouTube or Vidyard?”.

We hear this question a lot, and there’s a good reason for it. 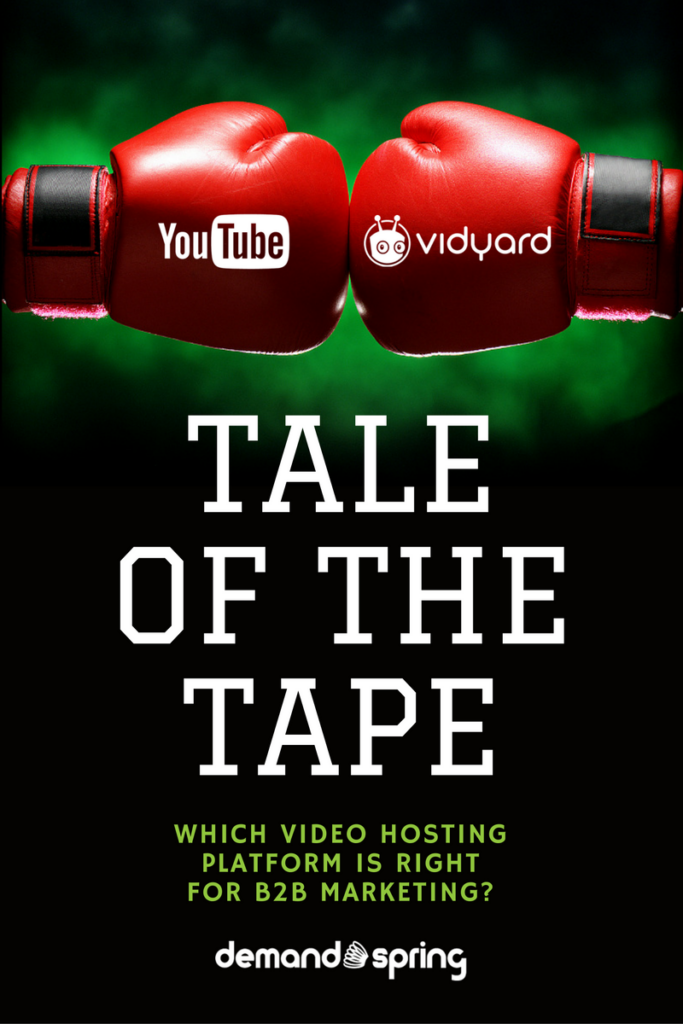 The new entrants in the video marketing platforms game are just that – new. YouTube on the other hand, has been in the video publishing world for what seems like forever.

Another common question we hear is, “Why would I pay for a video marketing platform if YouTube is free?”.

Well, let me first say that nothing in the marketing world is actually “free”. Sure, it’s free to post videos to YouTube, but it doesn’t help you drive new business through the enriched features a top video marketing platform would.

Now for the main event, the tale of the tape as it were.

On the surface, these video players appear to do very similar things. But when you take a look under the hood, you’ll notice a tremendous amount of difference, each of which impacts your video marketing efforts.

For now, let’s take a look at the visible features…

Lead gating, as mentioned, is a huge differentiator between YouTube and your top performing video marketing platform (ahem, Vidyard).

Vidyard allows viewers to submit their information directly into the video player rather than being directed to a landing page with a lead form. This reduces the number of steps a prospect must take to engage, helping you generate leads more efficiently.

When people think “lead gen” they often associate the term with a marketing automation platform (MAP), a tool that automates marketing actions.

These actions could include everything from emails, social media, website actions, and so on.

Marketing automation platforms such as Marketo work well with enterprises that have massive lead lists, with little time to communicate.

The beauty of Vidyard is that it not only stores these new leads in Marketo, but it also tracks all of the other videos the prospect has watched before and after submitting their contact info!

YouTube and Vidyard both provide insightful analytics. However, the modern marketer craves the best possible data to learn more about prospect habits.

Both provide average view time, views by time, device breakdowns, and geographic location. However, there are differences:

YouTube is about views, and Vidyard is about leads.

Which one should I use?

Back to the main question: which is the better B2B video marketing platform?

Well, it depends on the business you’re in, and what your goals are.

However, this doesn’t necessarily mean you should throw all your videos on YouTube (significantly reducing the likelihood of generating new leads as you do).

If you’re focused on demand generation, you know that driving traffic to other resources is a key part of the modern sales cycle.

Here’s a handy guide that will help you decide where to post your videos.

Here’s the reality. It’s not a question of one or the other. Both YouTube and Vidyard have different purposes, and both should be part of your marketing mix.

Here are three ways to use them together:

The judges have made their decision. The scorecard reveals an edge in B2B scoring in favor of Vidyard, though YouTube remains a strong contender not to be ignored for top of funnel video offerings. 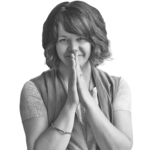 Karen’s passion for building great relationships coupled with her candid, pragmatic approach and passion to share her strategic content expertise is what makes her a valued content advisor.

Congratulations to the Demand Spring team.

5 Best Practices to take your Campaigns to new Heights

Read on for tips to help ease your campaign processes.

How to solve for social: agency vs. in-house

The conversation surrounding social media has changed drastically over the last decade. Today, the conversation isn’t about if we should do it, but who should be tasked with it. Learn about four solutions and which one makes the most sense for your business.