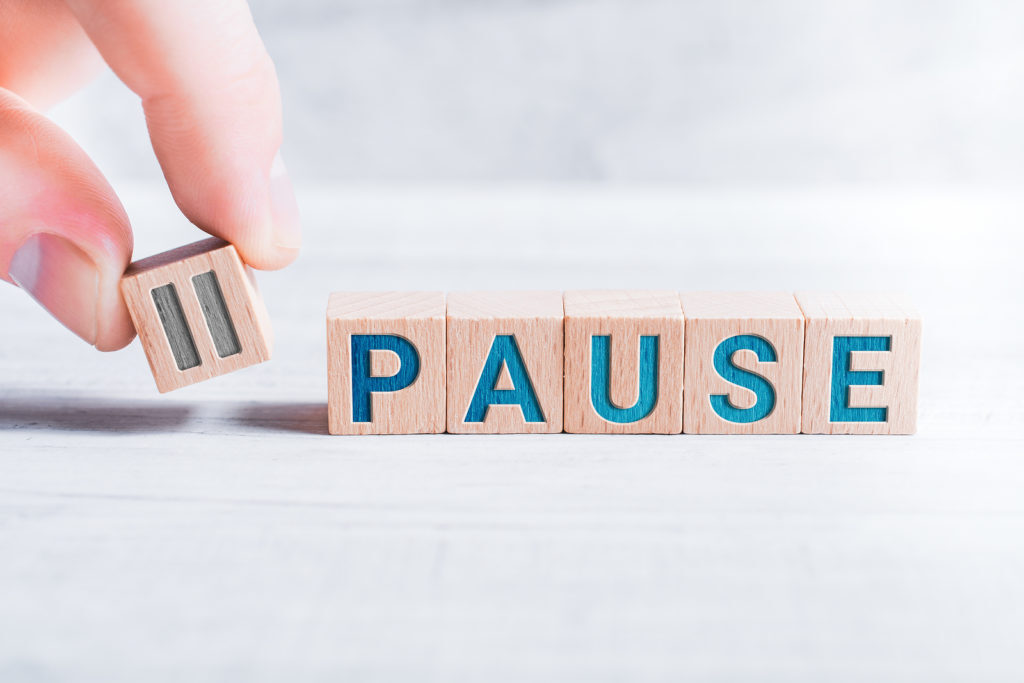 There’s Power in the Pause

Have you ever been in a meeting where the organizer asked, “Anything else you’d like to add?” Let the racing thoughts commence:

“Crap, was there something I needed to ask during this call?”

“I had a question earlier but didn’t have a chance to chime in… gosh, what was it?”

“Is Melanie on the call? I had something specific for her. Let me check the participants list before I ask so I don’t make a fool of myself.”

“I wanted to clarify who is responsible for this next step – was it me or Jim?”

Then, before you have time to sort those thoughts into words – “Great, thanks everyone for your input. I’ll email these notes and give you fifteen minutes back!”

This could be a frustrating experience if you’re asked for your input but don’t have time to speak up. As soon as the moderator gives you that time back, it’s almost impossible to undo before your teammates start hanging up. Obviously there are no bad intentions here, but this scenario touches on something which we are generally uncomfortable with: silence.

Think about all the horror movies you’ve watched—the scariest, most intense part of the film is actually the silence. This is when the suspense crescendos, doubt and fear compound, the hairs on the back of your neck raise and you’re waiting for some terrifying monster to scare you.

But seriously, these are unstructured moments where anything is possible and you could very well be blindsided by what happens next. For many, this represents a lack of control and relinquishing themselves to the unknown. 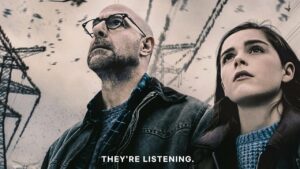 I asked some colleagues about silence and 67% of them reported feeling somewhat uncomfortable during pauses on calls. These are some of the reasons they stated:

“There’s something really awkward about anticipating or expecting a response and getting nothing. Especially if you’re the last person to talk or you ask a question and are met with silence, it can even feel embarrassing. It makes you feel a bit paranoid that you aren’t making sense or maybe you’re boring your audience.”

“The feeling of needing to say something, but you are not sure what to say”

“If a difficult subject is brought up and no one in the meeting wants to be the first to address it.”

“Confusion. Disagreement. Participants are unaware of where the conversation should go next. There is no agenda. There is no designated meeting owner.”

We live in a world that is so darn noisy. There’s so much input all the time that the silence that comes with being present and focused becomes unfamiliar and even jarring.

This is further compounded by everyone working and socializing virtually amid the pandemic because the source of the silence may be unknown—did someone’s internet cut out, did they forget to unmute, are they multitasking, or genuinely don’t have anything to say?

However, this line of thinking overlooks one of the key drivers behind silence on a call—the participants are thinking. Silence is a normal part of a conversation. Someone speaks, there is a pause, and a response is rendered. In linguistics, this is called turn-taking, which is defined by “turn constructional units,” or the fundamental building blocks of taking turns – and silence is one of those building blocks. Consider: if you’re navigating a conversation without one of the essential building blocks – are you having a conversation at all? And no, “ummmm…” doesn’t count as a turn constructional unit and stand-in for silence!

On your next call—whether you’re leading or participating in the conversation—take stock and observe:

If any of the above is true, make some more room for silence in your team calls and allow your colleagues— and yourself— space to think.

Lean into the power of the pause. If you’re unsure why there is a pause, you can always clarify by saying, “Does that make sense? Is there anything you need me to clarify? Does that resonate with you? James, what are your thoughts – would you agree? Annie, do you need any more info to run with this task? We have fifteen minutes left— is there something outside of the agenda you’d like to cover with this time?”

If a second goes by and there’s still silence, don’t break it… yet! 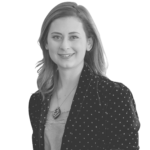 Sierra is an innovative marketer who thrives at the crossroads of technical creativity and marketing strategy. As a Marketo Certified Expert, her breadth of marketing knowledge and depth of technological know-how compels her to develop creative solutions to complex business challenges.

Reflection 1: B2B marketing over the past ten years.

Put Your Marketing Money Where Your Mouth Is

Marketers have a superpower, and what we choose to do with it will impact generations to come.