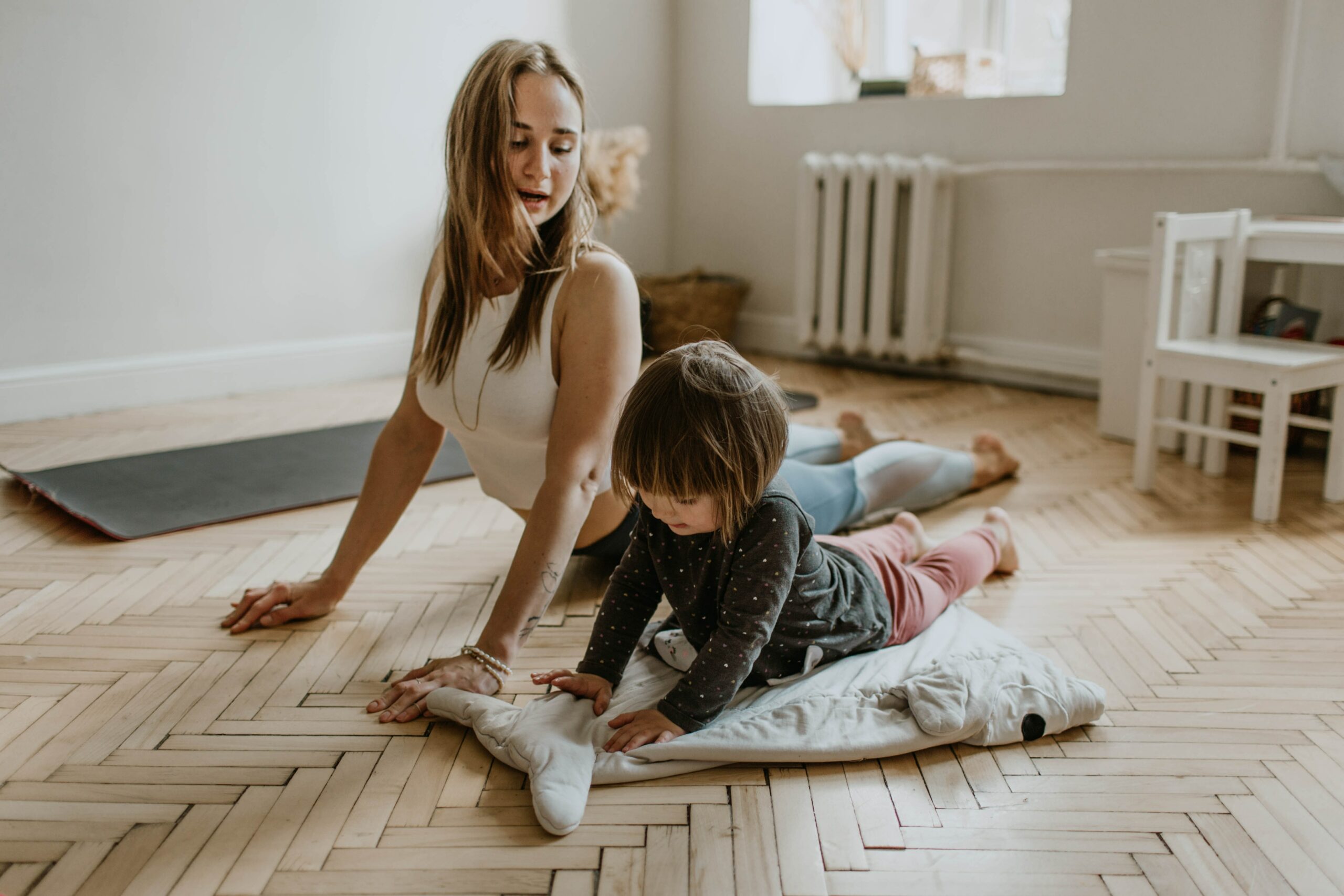 In a brief speech, Modi shared that Yoga is all about creating a sense of unity in the mind and body, clarifying that Yoga should not be seen as a form of exercise but instead as a way “to discover the sense of oneness with yourself, the world, and nature.” A record 177 nations proceeded to endorse this proposal, and on June 21, 2015, the first International Day of Yoga was celebrated.

Here at Demand Spring, we have weekly Yoga classes led by two team members, Andrea Schiavone and Lex Capello. To celebrate International Day of Yoga, here is a look into how these two B2B Marketers got into Yoga and why it has become such an integral part of their lives.

Like many Yoga practitioners in the West, both Andrea and Lex were first drawn to this practice because of its physical, strength-based elements. For Andrea, this was through Forrest Yoga, while she was working in California, and for Lex, this was through hot Vinyasa classes as a teen in Ottawa. However, after many hours in the Yoga studio, they both gradually appreciated that Yoga is much more powerful than a physical practice. It became clear to them that Yoga is a holistic approach to well-being; it not only makes the body feel good, but it also has many non-physical benefits, such as calming the mind, connecting with the present moment, and increasing focus. It was this philosophy that led them both individually to embark on their 200 hour Yoga teacher training journey.

When Andrea began working at Demand Spring in 2015, her work and personal life commitments no longer allowed her to teach classes at a studio. This prompted her to start a weekly virtual Demand Spring Yoga class (5 years ahead of the virtual trend!). What started as a way for her to keep up her practice morphed into a way to connect with her colleagues and create a space for them to disconnect and explore their own wellness journey.

In 2018, Lex joined Demand Spring, just as she was concluding her teacher training. Once finished, Lex found leading Yoga practices for her colleagues online was a low-pressure way to build up her confidence as a teacher. Like Andrea, however, she quickly saw that 30 minutes of mindful movement was valuable not only for herself but also as a way for the team to unplug.

When asked why Yoga’s popularity has wildly increased over the past 20 years, Andrea thinks it’s because society has become over-indexed on technology, taking us away from the present moment. She believes that many of us are now slowly trying to reintroduce practices like Yoga back into our lives, to connect us to what’s important.

For many practitioners, Yoga is a great opportunity to move the body and feel a greater sense of calm. What separates Yoga from other movement-based activities is that Yoga is actually based on ethical principles (yamas and niyamas), guiding us to lead a compassionate life on and off the mat.

Because of that, Yoga means something greater than just a 30-minute workout for many students. Lex and Andrea each have a different definition of Yoga, one being self-respect and the other peace. But what’s interesting is that they both acknowledged that by practicing Yoga, whether it be through physical postures, breathing practices or even mediation, they feel a bit more present and a bit more mindful throughout their day, which allows them to have more meaningful relationships and experiences with those around them.

For anyone who hasn’t experienced yoga yet, know that anyone who can breathe can do Yoga. “Come with an open mind even if you have some preconceived notions of what Yoga is”, recommends Andrea. Many people think that one must be flexible to practice Yoga, but that is the single biggest myth about this practice.

As Lex says, “Yoga can be compared to Marketing; there are so many areas of Marketing and most folks won’t like them all, but there’s something that’s just right for everyone. Be open to trying something new, and seeing the benefits of Yoga show up in your life.”

The theme of this year’s International Day of Yoga is Yoga at Home and Yoga with Family. To celebrate, I invite anyone reading this to try and take some time to connect with themselves. Maybe spend 5 minutes in silence, noticing your breath, or grab your family and find a fun Yoga practice on Youtube (there are tons!) to wake up your body and to observe any sensations that may arise. Whatever it may be, enjoy the journey and remember, “Yoga is not about touching your toes, it’s about what you learn on the way down” -Dr. Judith Lassater.

Alison is a full time paralegal student, a part time revenue marketer, and a recently certified Hatha Yoga teacher. She is passionate about making positive change in both her local and global community.

The team at Demand Spring is always learning about the next best practices. Here’s what we’ve been reading lately.

How to Lead Productive Meetings

3 tips you (probably) haven’t heard before.

There’s Power in the Pause

What linguistics can teach marketers about the relevance of silence.